With a history spanning almost a 160 years, Sunspel has been at the forefront of garment innovation since their opened their first textiles factory in 1860. The classic white T-shirt was born from the first pieces they produced. Aside from this, they hold many an accolade. They were the first British company to bring the 1940s gentlemen’s boxer short over from the United States, and they were also responsible for developing polo shirts for Daniel Craig during his role of James Bond in 2006’s Casino Royale. Their status in the fashion world is set in stone, and in recent years they have expanded their range to include gifts such as perfumes and candles.

We produced a selection of packaging for these two items, which came in the form of tubes, cartons, labels, and tamper-proof seals. The tubes were made from grey board and covered in white Kraft paper with a silkweave embossed texture to it. A three-colour print was applied, along with black foil for branding. The same emboss-textured Kraft paper was used to cover the cartons, with a four-colour print to the outer plus a black foil. These also included a corrugated insert. The labels were made for both the candles and the eau de parfum, and were also made from white Kraft paper with the embossed texture, with a black foil logo applied to the outer. Working with Sunspel directly, we were able to offer a split delivery in both France and the UK. 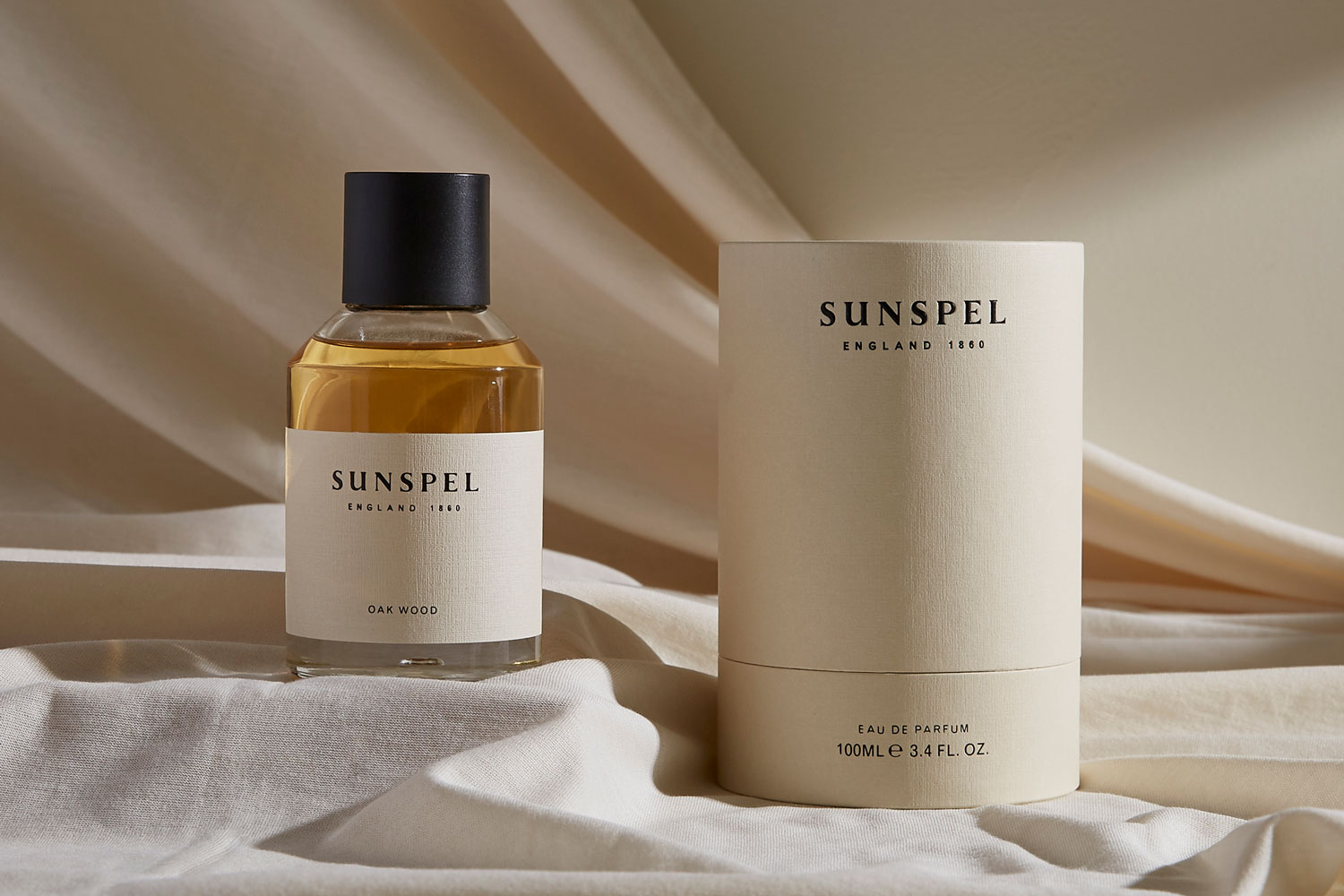 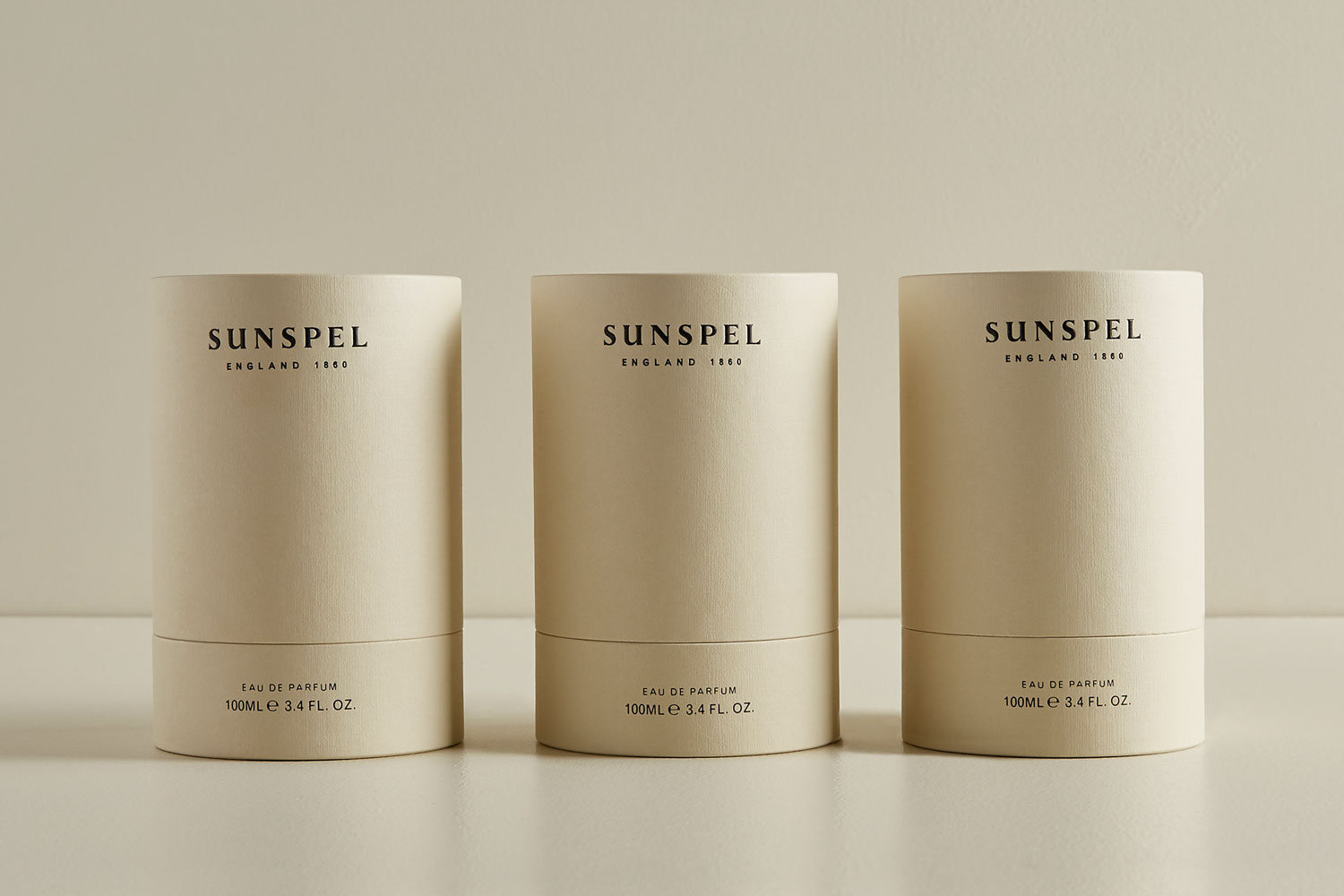 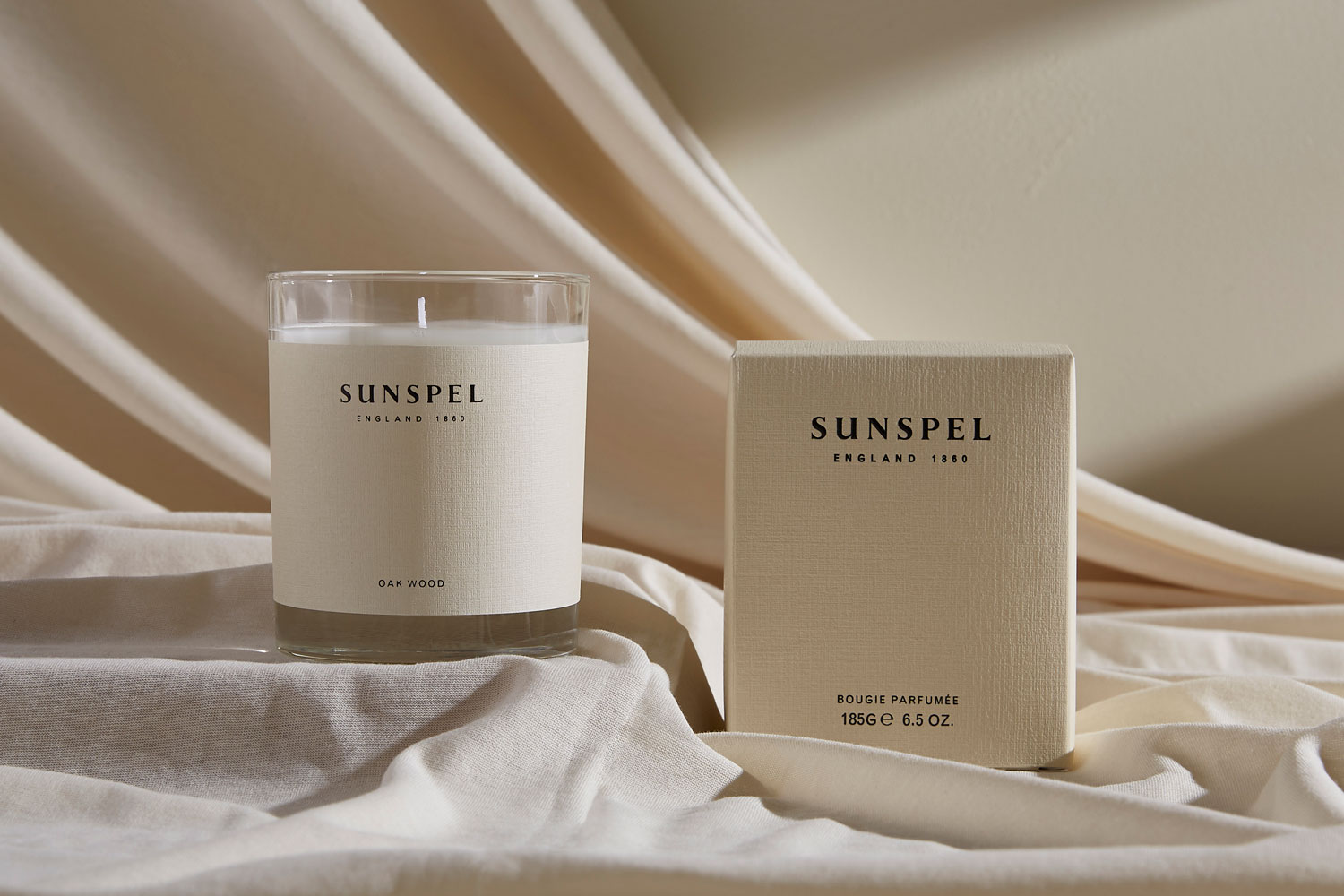