After 150 years, Port Ellen’s distillery doors closed in 1983 for the final time after the whisky lock hit the small island of Islay full force. Since its demise, however, the whisky has grown to become more iconic than anyone could have imagined. When stocks dwindle, prices rise, and the limited number of units remaining now reach a retail value of thousands per bottle. With Diageo now planning to reopen the Port Ellen distillery in 2020, we produced two stunning pieces to house a limited edition run for a press release.

The first was a shoulder drawer box, which consisted of a small drawer to the base with a ribbon pull included, as well as hidden magnets at the back of the drawer to hold it in place securely. A foam insert was placed in the base to hold a bottle and was covered in a black masked card with Winters Kamosho paper glued to the top. The included shoulder was covered in red Winters Wibalin, with the outer box covered and lined in Napura Madera Black. A foil logo was placed on the lid in gold, red, and white. The second piece we produced was a black e-flute corrugated-outer hinged box and lid, with a foam inlay included to protect the packaging inside. This, too, had a gold foil blocked logo to the outer. 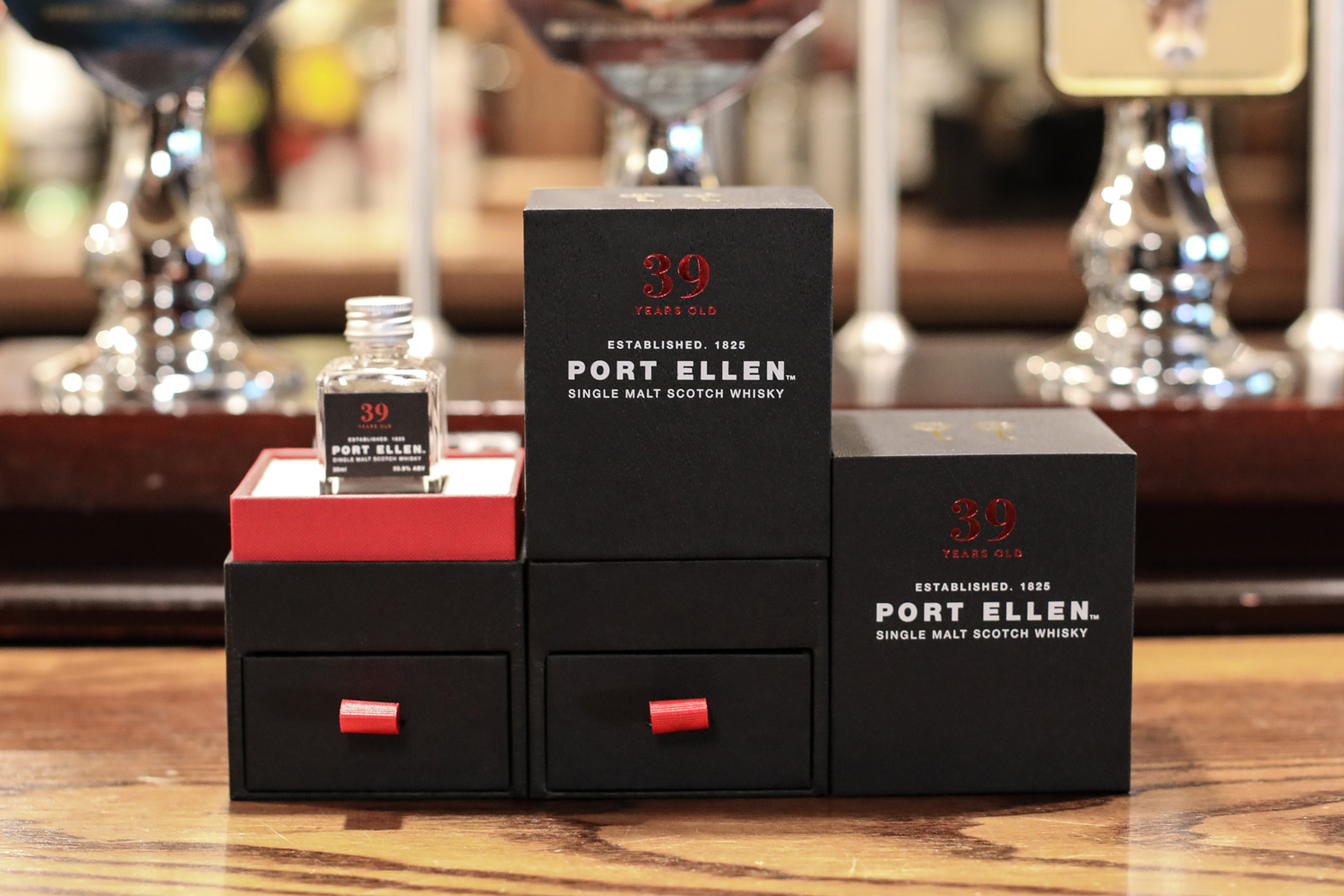 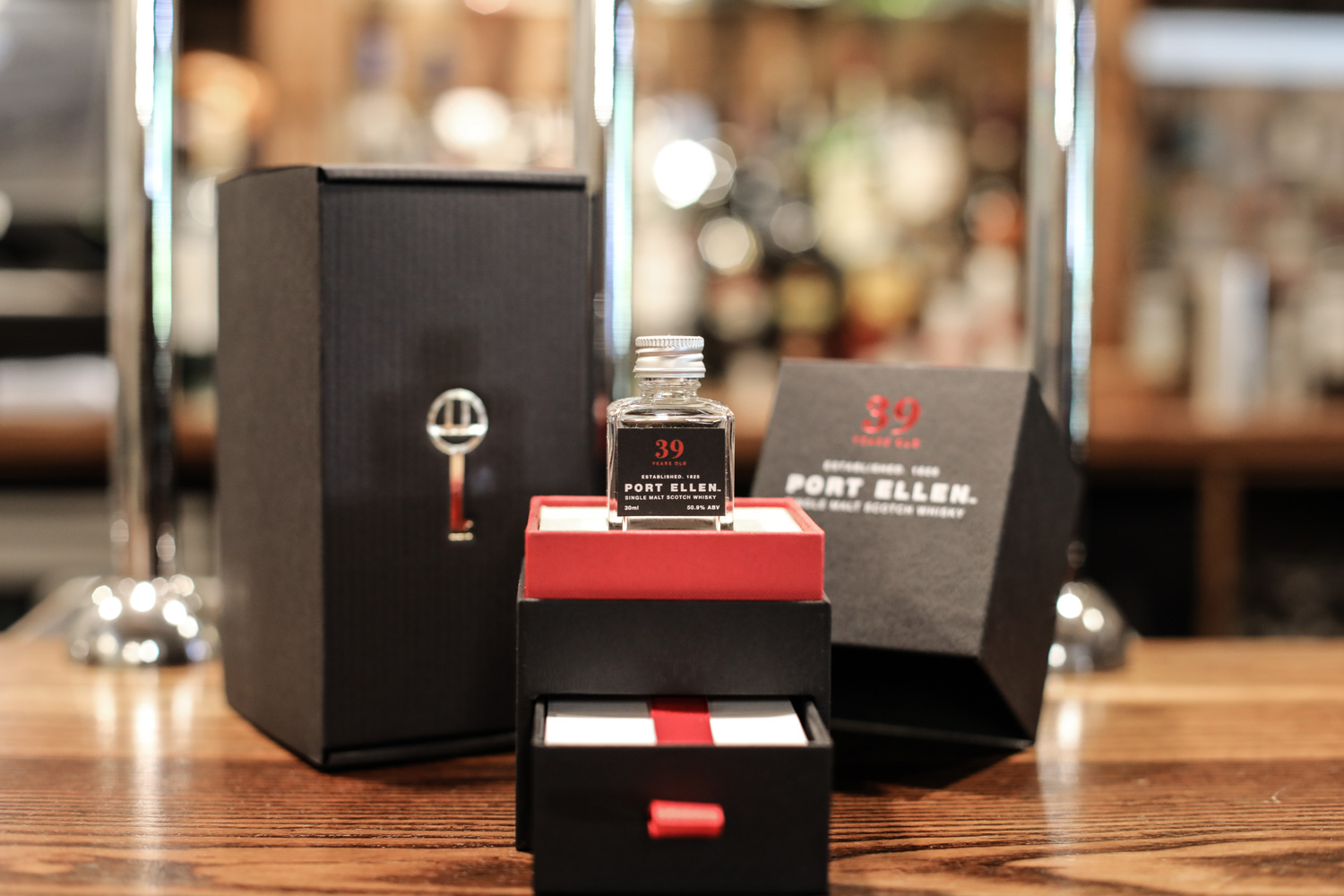 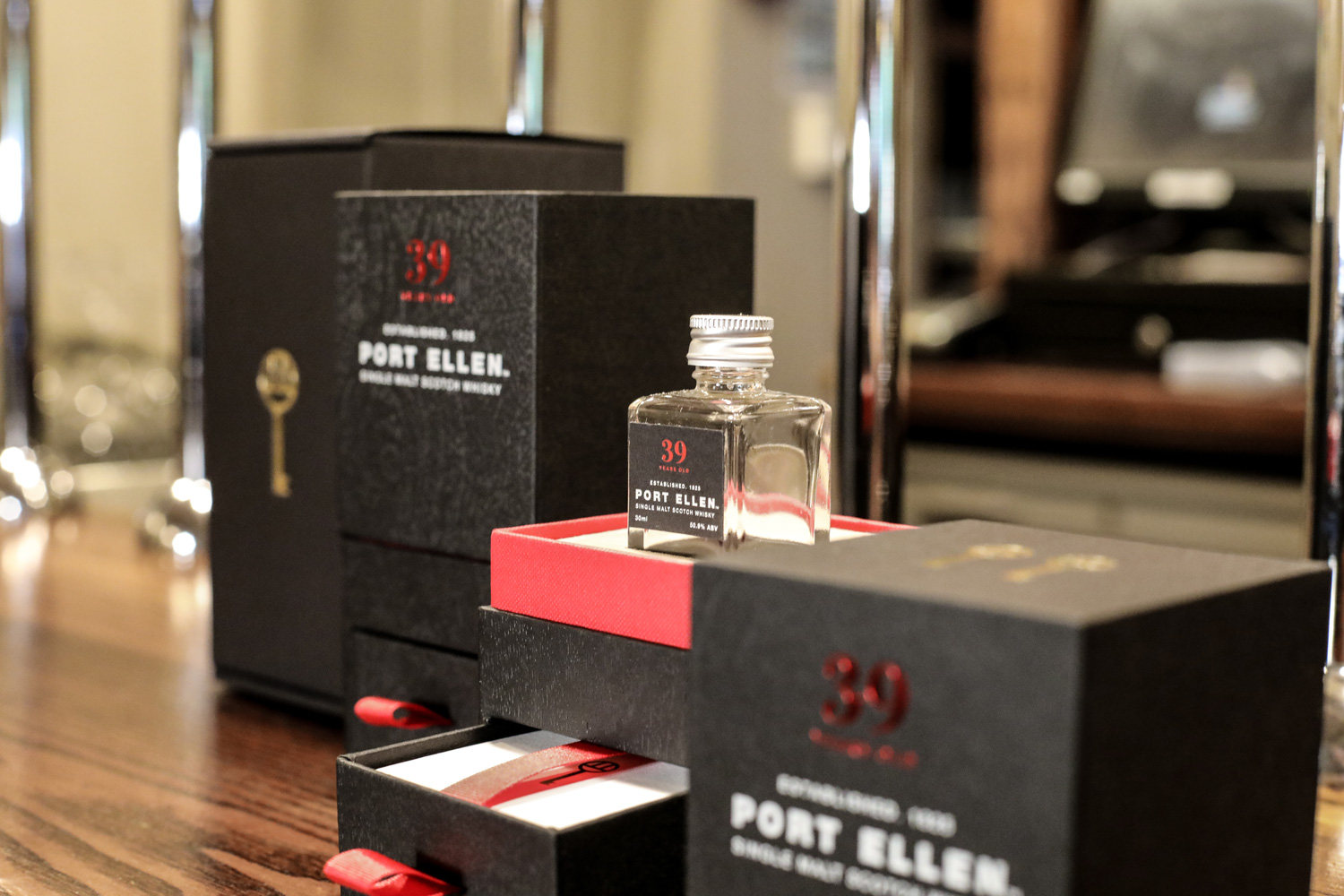 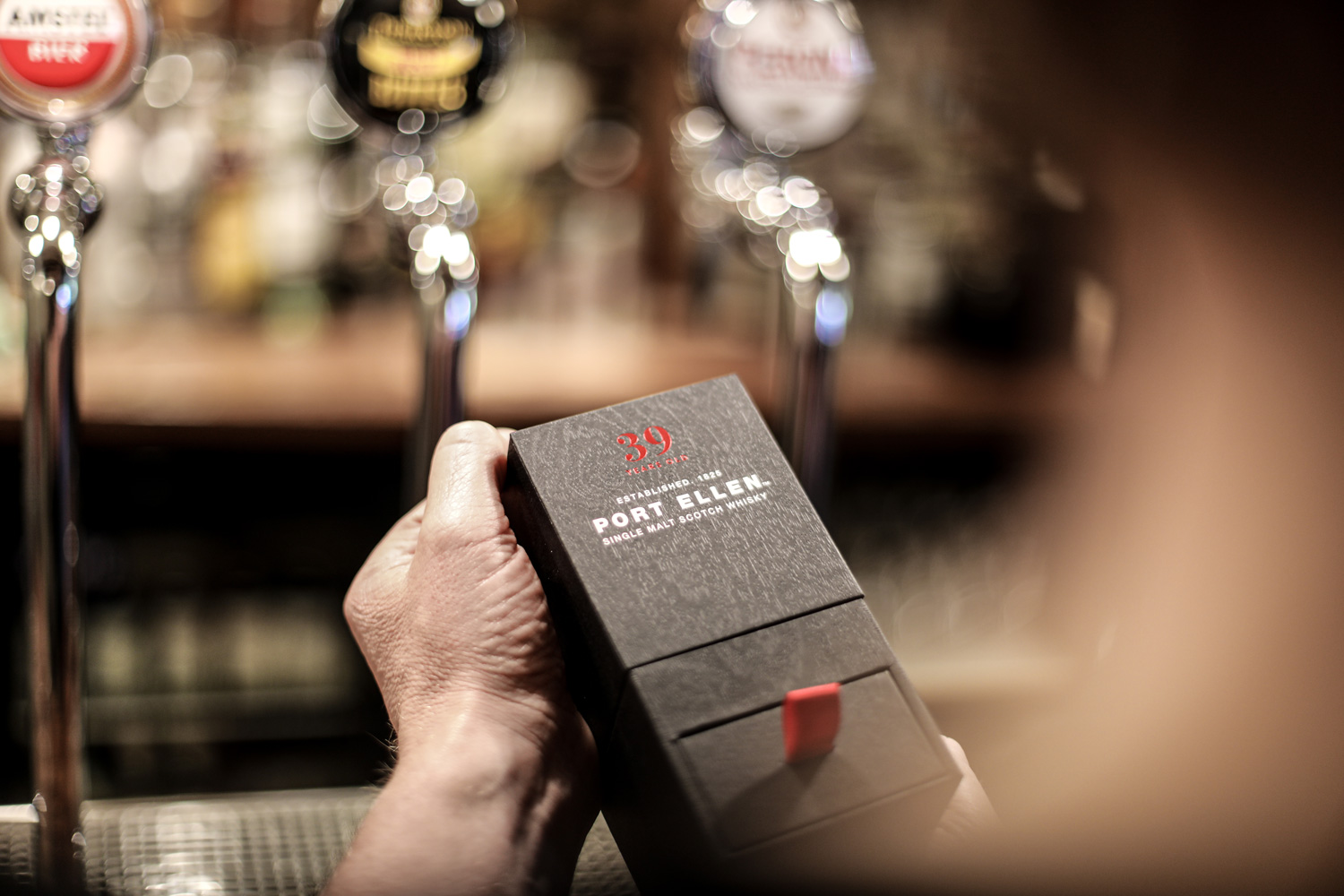 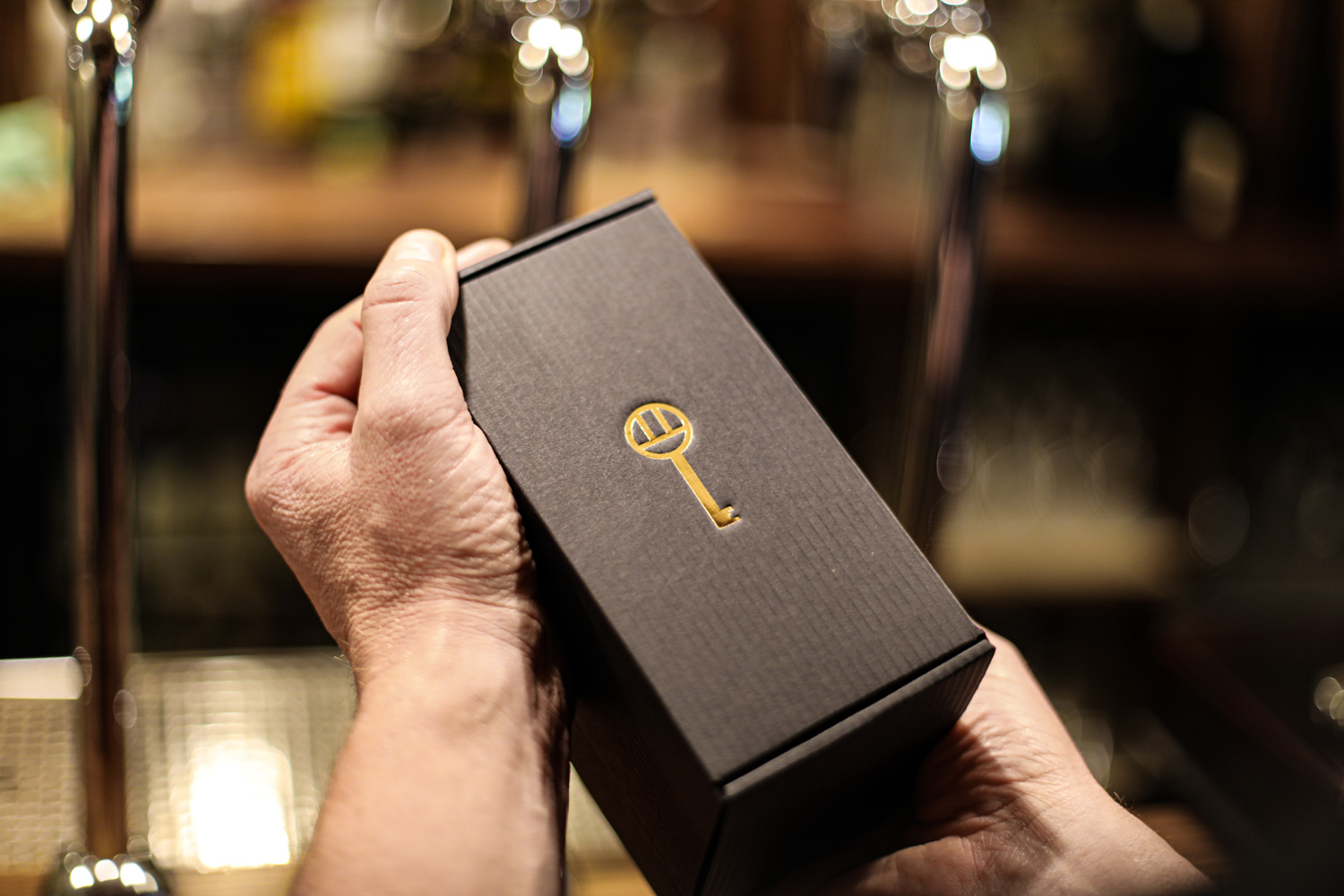 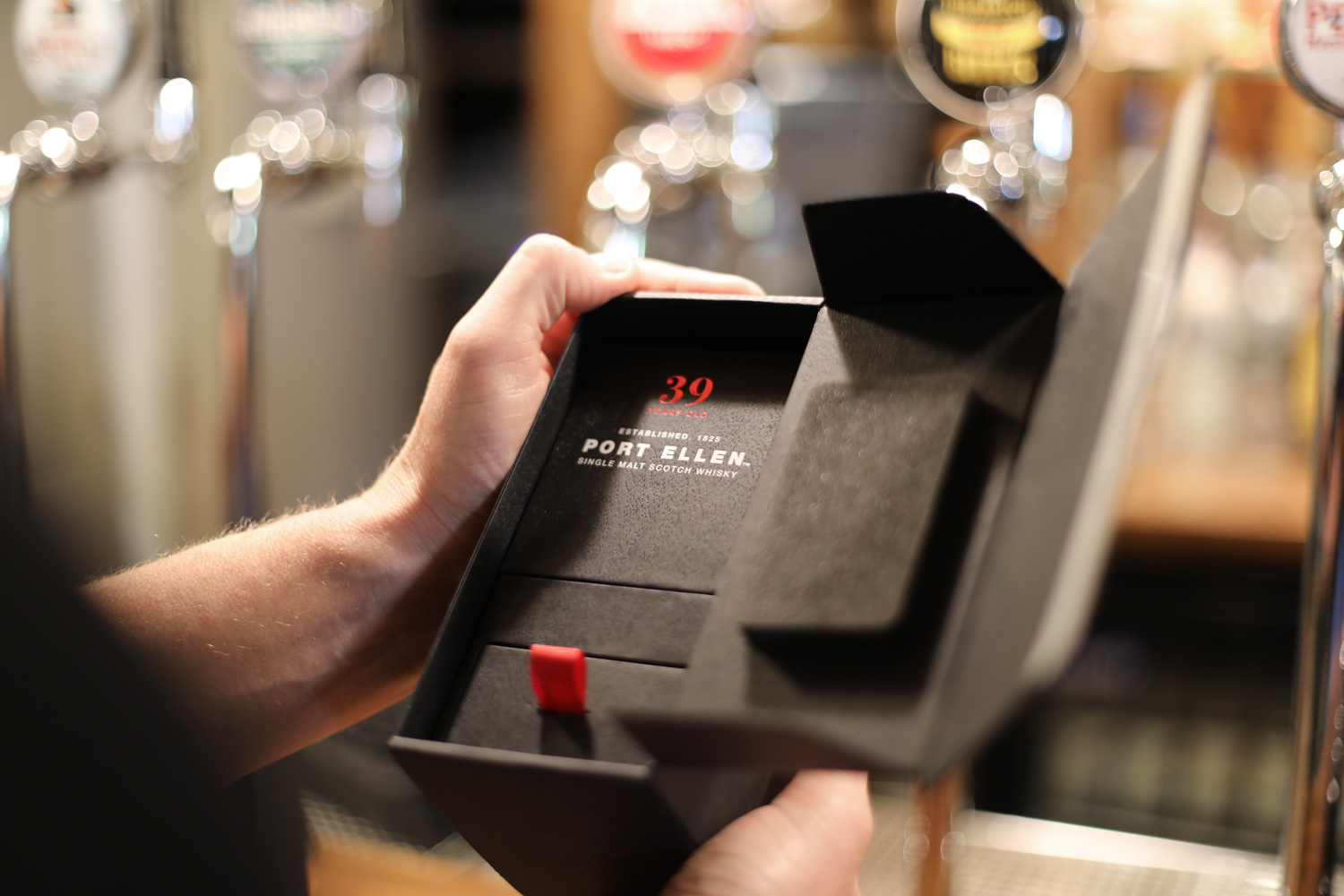 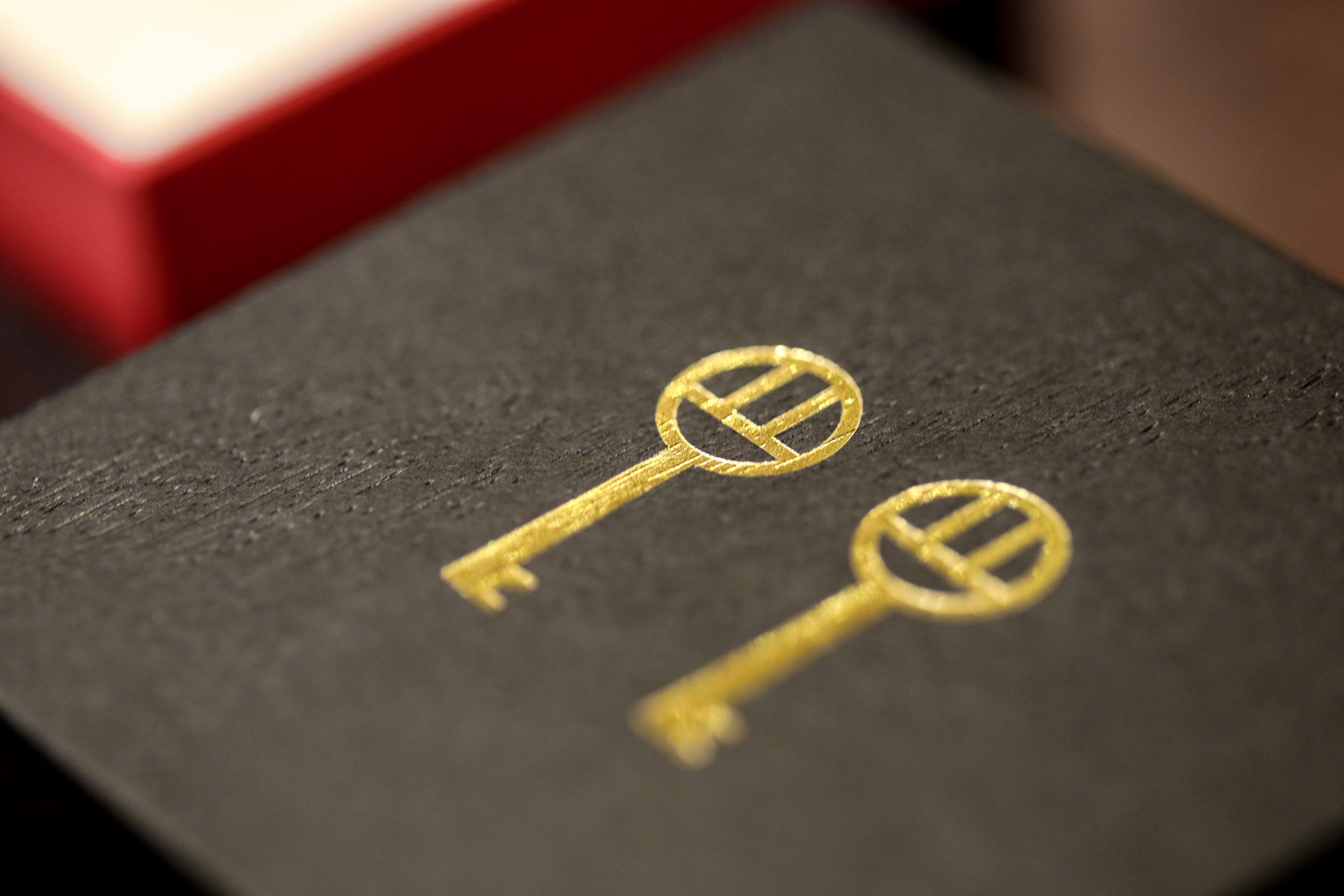