Meraki is a contemporary restaurant and bar located in the heart of Fitzrovia, London, specialising in Greek cuisine, while replicating the heart, hospitality and vibrancy of restaurants across Greece. They teamed up with Dutchscot to create a set of menus and a brand for the opening of their new restaurant. Because Meraki is inspired by Greek life, Dutchscot cleverly designed their logo to represent the six key Greek island formations of terrazzo, with the Meraki ‘M’ being placed to represent the waves surrounding the islands.

To ready them for their opening we produced a collection of drinks menus and bill folders to Dutchscot’s well thought out designs. The drinks menus were covered in grey leather with raw edges and lined with coated Buckram book cloth. White elastic was fitted through discreet nickel eyelets. The outer was then foil-blocked in four different colours. The bill folders were produced using the same materials, but to a smaller scale and with a deboss logo foiled one colour to the outer. The quantities produced for these were low because of their end use, proving you don’t always have to order thousands to produce absolutely beautiful packaging. 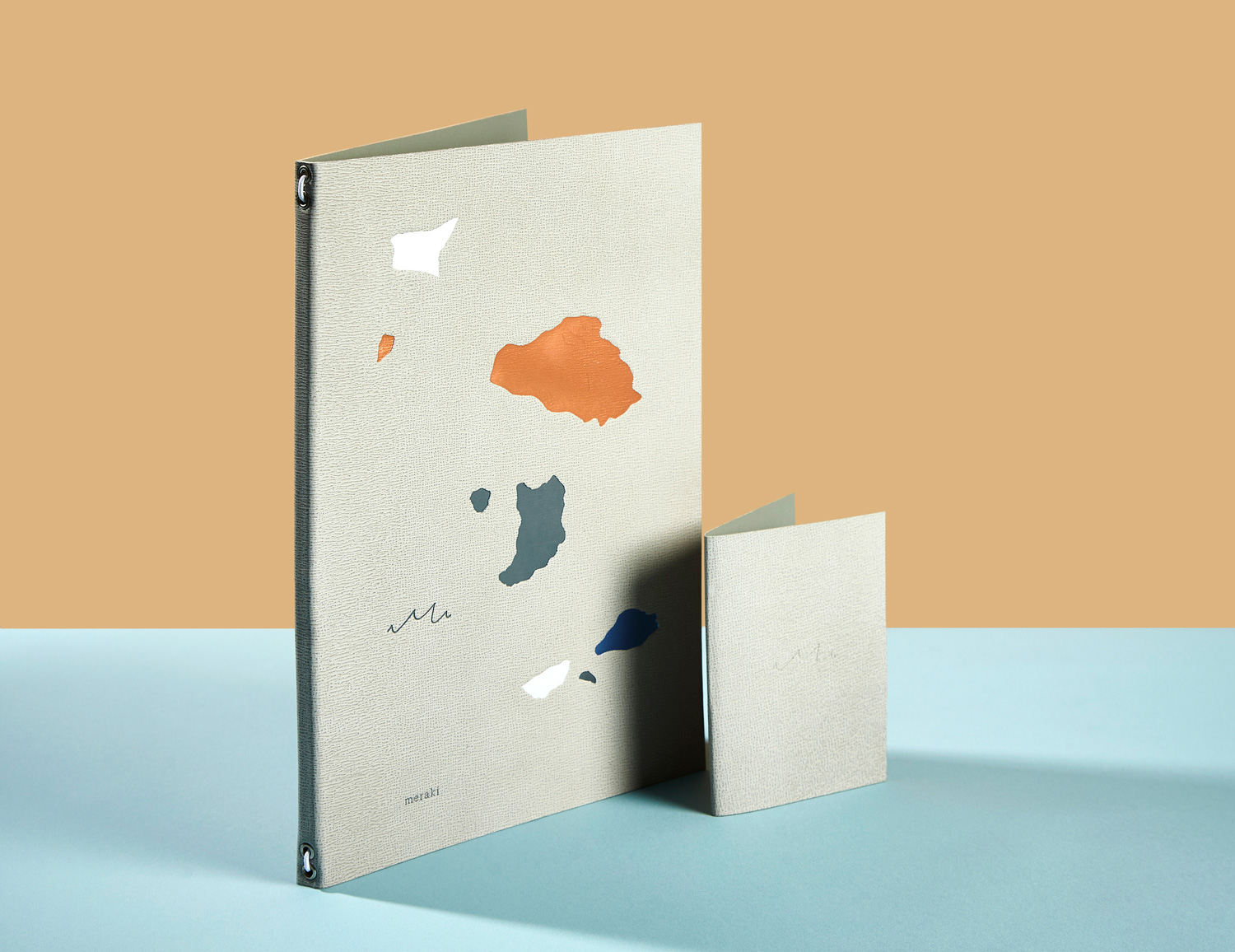 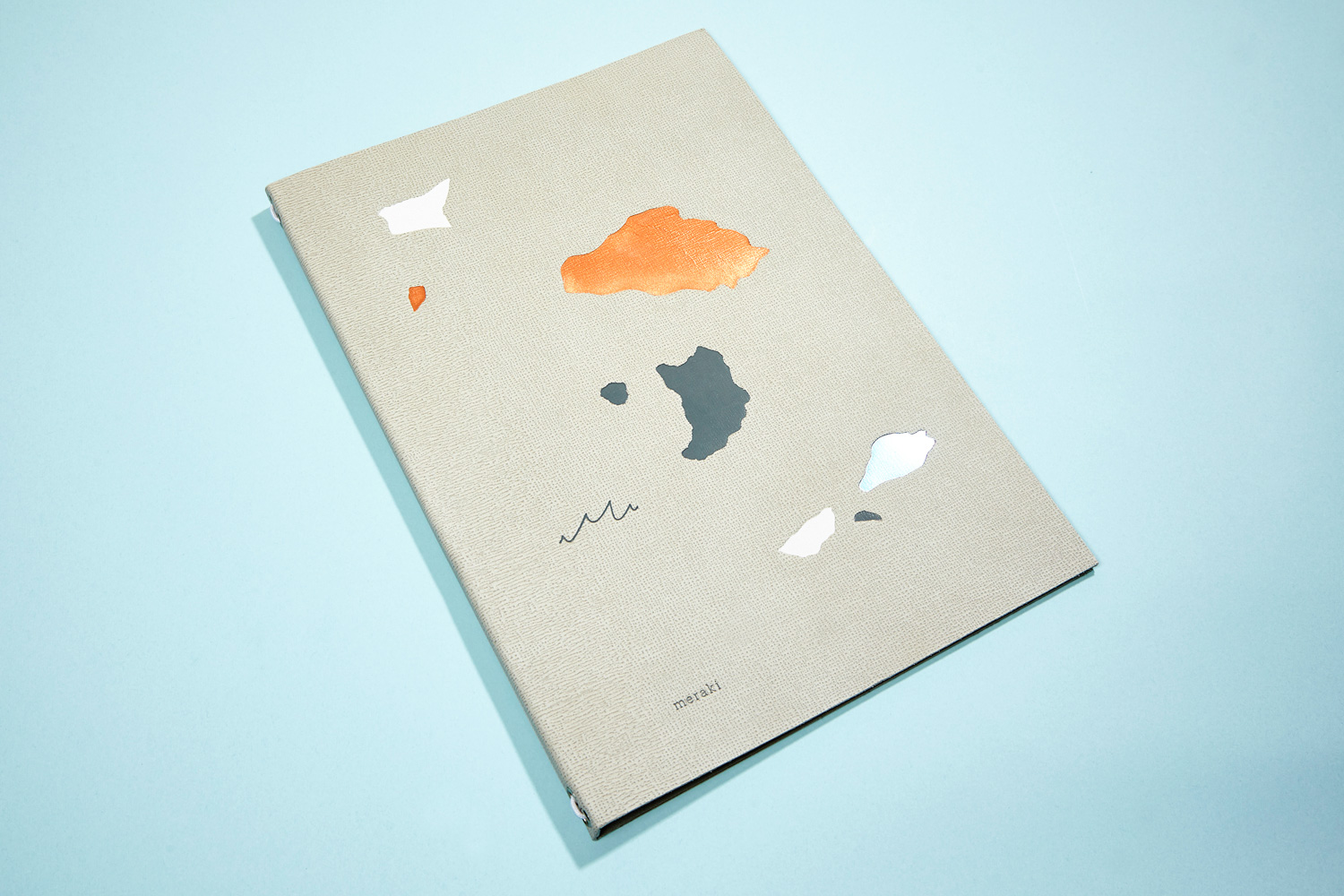 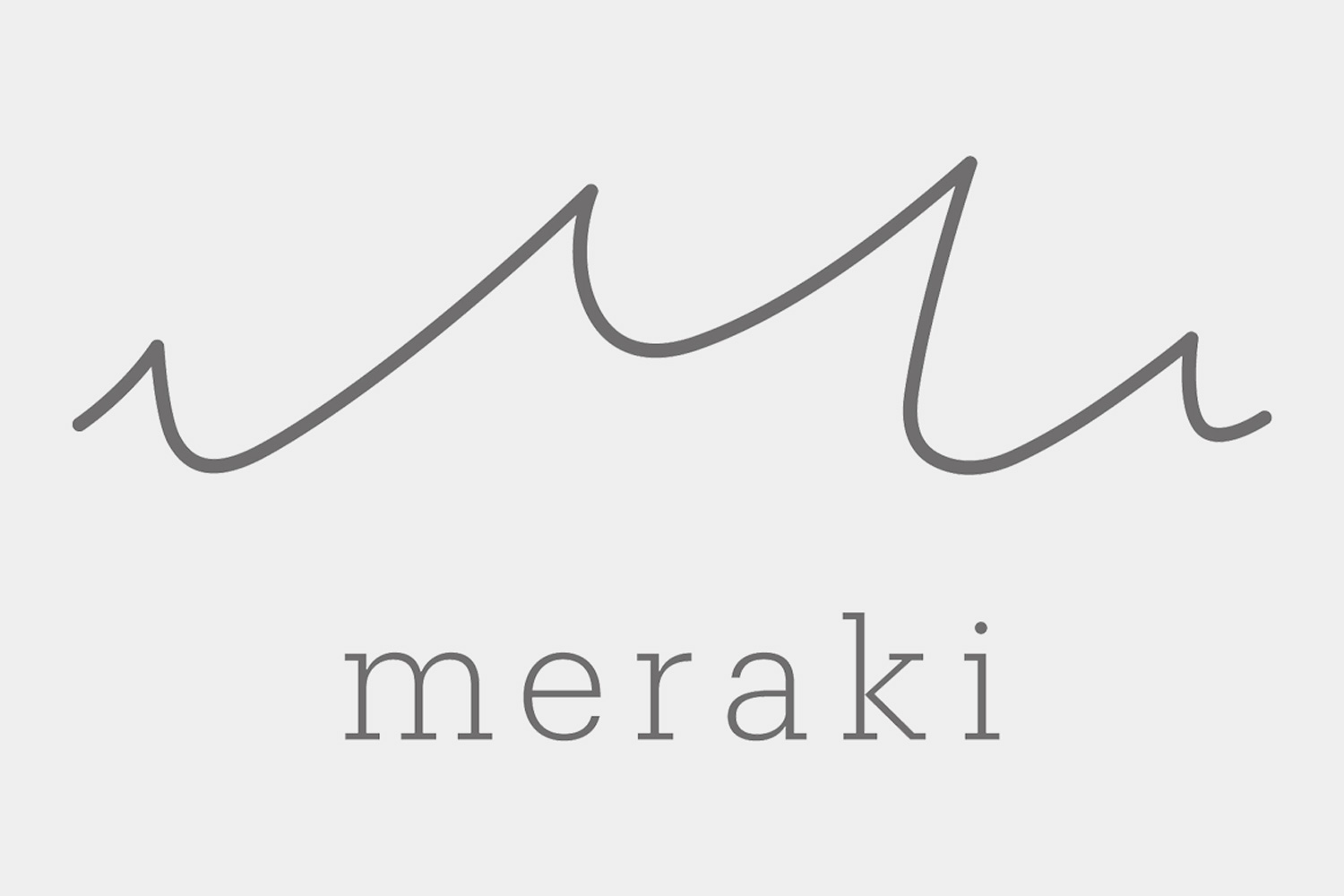