Earning the highest praise possible from the likes of Esquire, GQ, and Men’s Health magazines, Hamilton and Hare stand strong as one of the UK’s leading, high-end underwear retailers. Based on Chiltern Street in London, they believe that undergarments and loungewear are as important as a person’s outer clothing, and it should never be considered an afterthought. Since their very first project, which involved reinventing the modern fit of boxer shorts, they have since gone on to broaden their range to include night and travel wear, and they continue to expand on their collections with the same progressive approach as they did at the start.

We have produced a number of packaging items — all designed by Sarah Carr — including a mixture of single packs, multipacks, stickers, and postcards. The packs made to hold a single piece of underwear were supplied flat. These were custom dyed and embossed on uncoated stock paper. A blue foiled logo was added to a red tray, as well as a thumb cut to allow easy opening. An acetate window panel in the pack allows the customer to see what they are purchasing, and a self-adhesive sticker was supplied separately for the client to add into an embossed L-shaped space to ensure all stickers were placed in the same position. The multi-packs were made larger and were supplied with extra dividers to insert and separate the undergarments when collated. A red foiled logo was used for the branding to contrast against the blue tray. The postcards we produced were printed one-colour to both sides and had a one-colour foiled logo applied also. 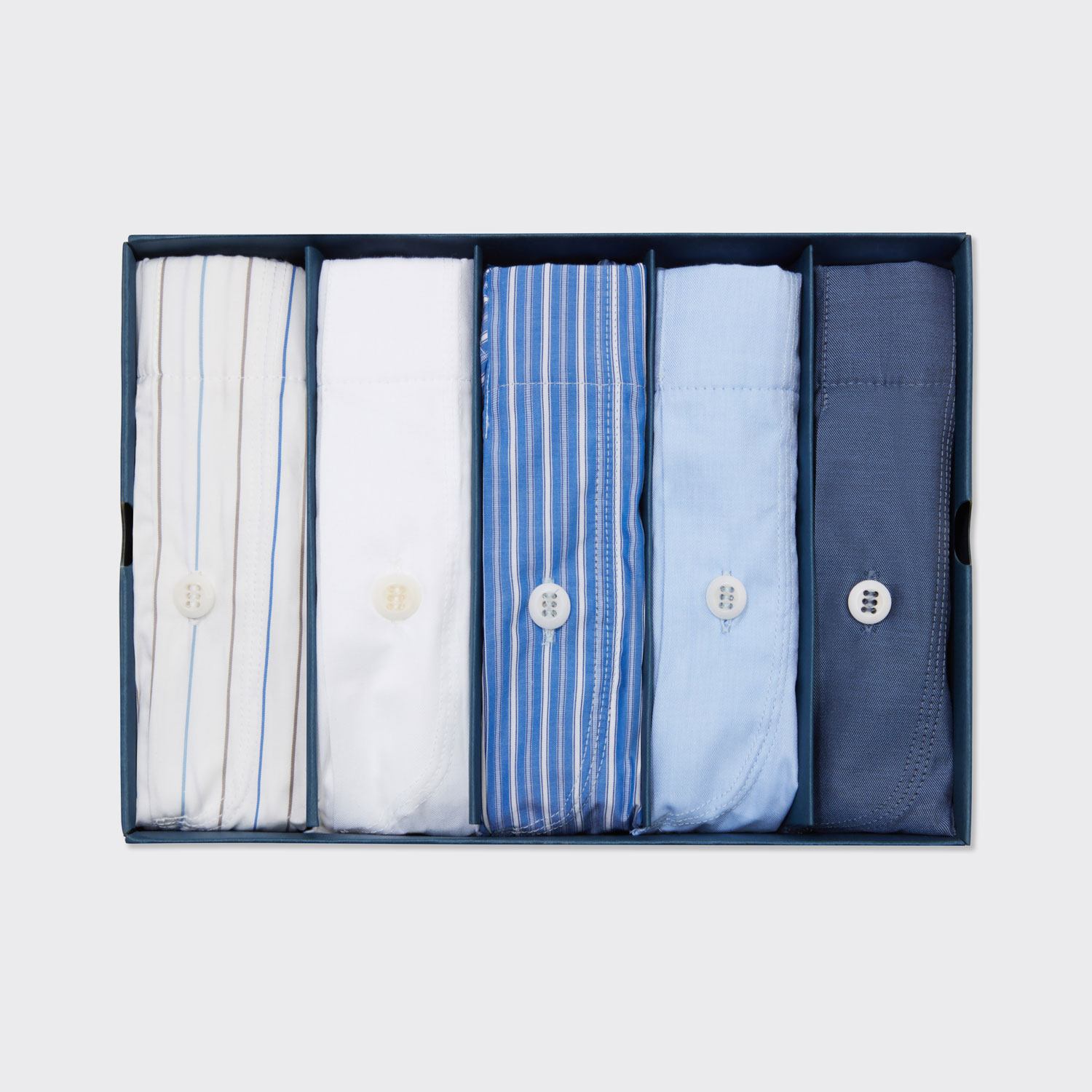 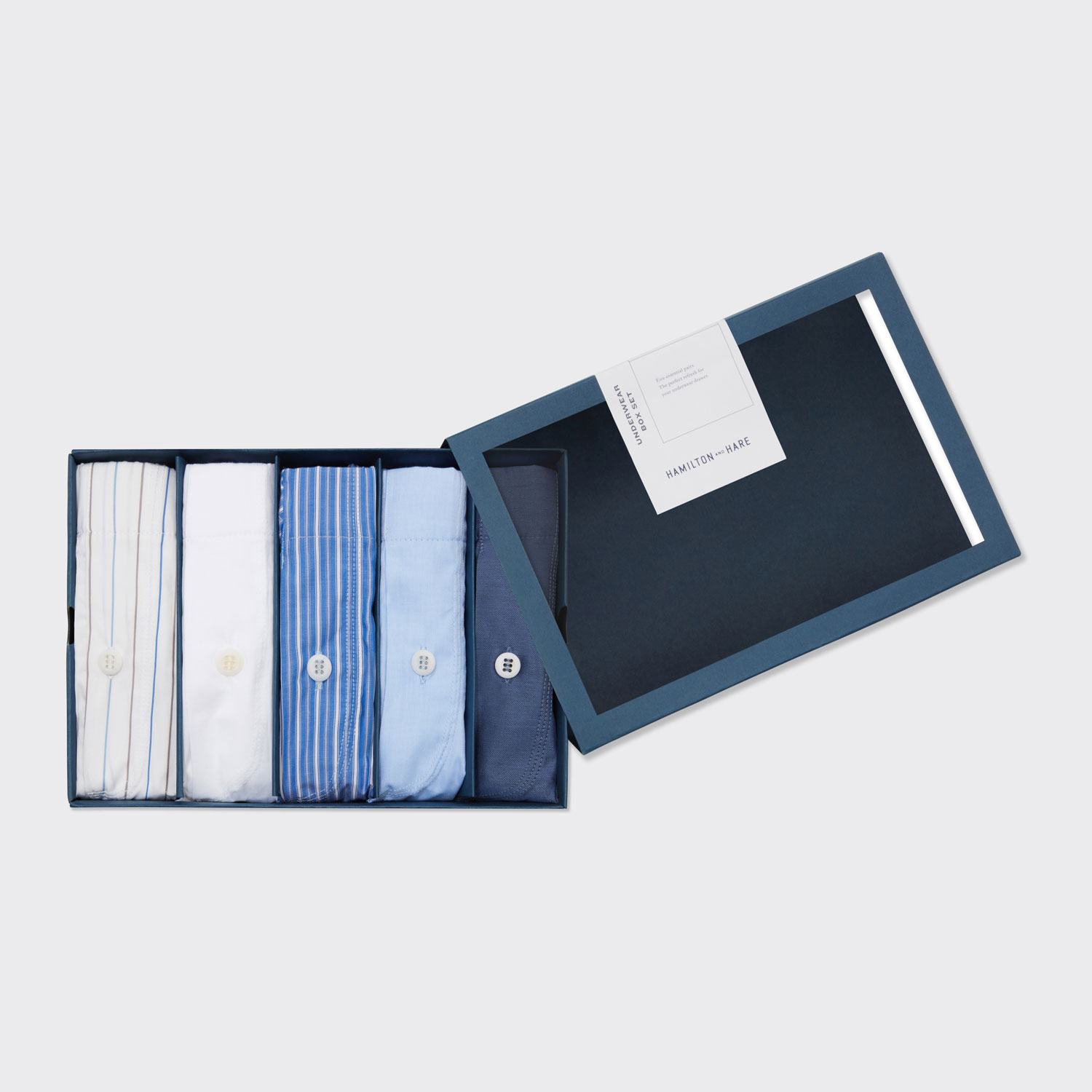 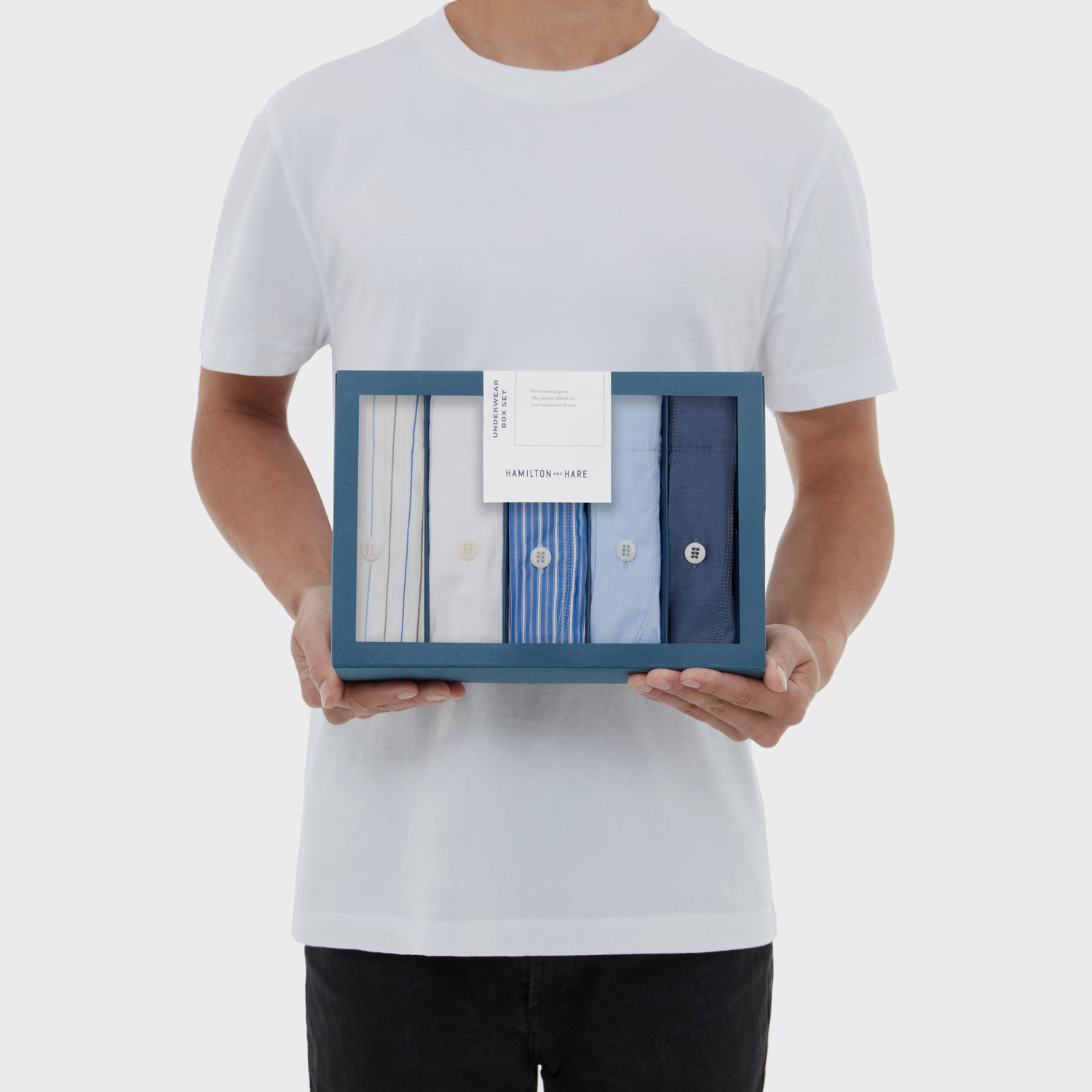