Imported from the Caribbean and blended with secret spices, Kraken rum is ‘named after the sea beast of myth and legend’ with a unique history like no other. The tales say that a ship carrying one of the largest quantities of black rum ever exported from the Caribbean islands never reached its final destination, for reasons which were unexplained. The attack of the Kraken has always been suspected to be the cause after barrels of the rum drifted off the ship into the sea. The rum was then renamed ‘The Kraken’ as a tribute to the beast’s legendary power.

To package their unique bottles for an exclusive gift to a selection of their distributors and end-users, we produced 500 hinged shoulder boxes and fitted them with foam inners. The outer was covered in Winter & Company Skivertex® Ecorel leather-effect paper. On top of the foam inner was a Skivertex® covered card topper which was silver foil blocked, helping to secure the bottle in place. Other details featured inside of the box, include a sleeve made from 360g Fedrigoni Ispira board and a foam insert to hold a booklet and key ring in place – finished off with a ribbon tie. A blind deboss process also featured as a key branding finish throughout the production run.

A custom mailing carton was produced to distribute these limited edition boxes. We managed the collation and distribution of 350 units, which were sent to bars, restaurants and clubs in the UK, with the balance of 150 units shipped directly to clients. 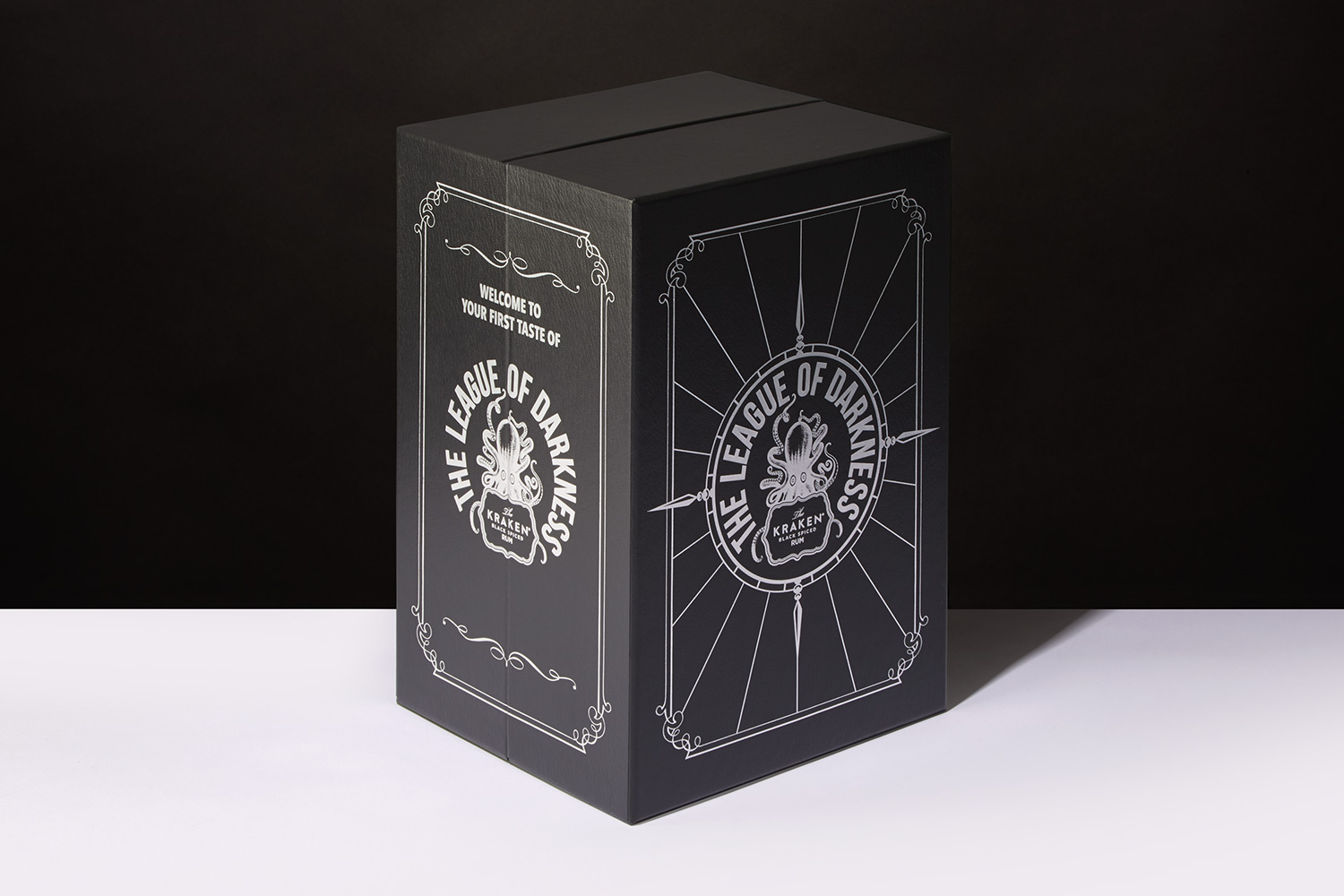 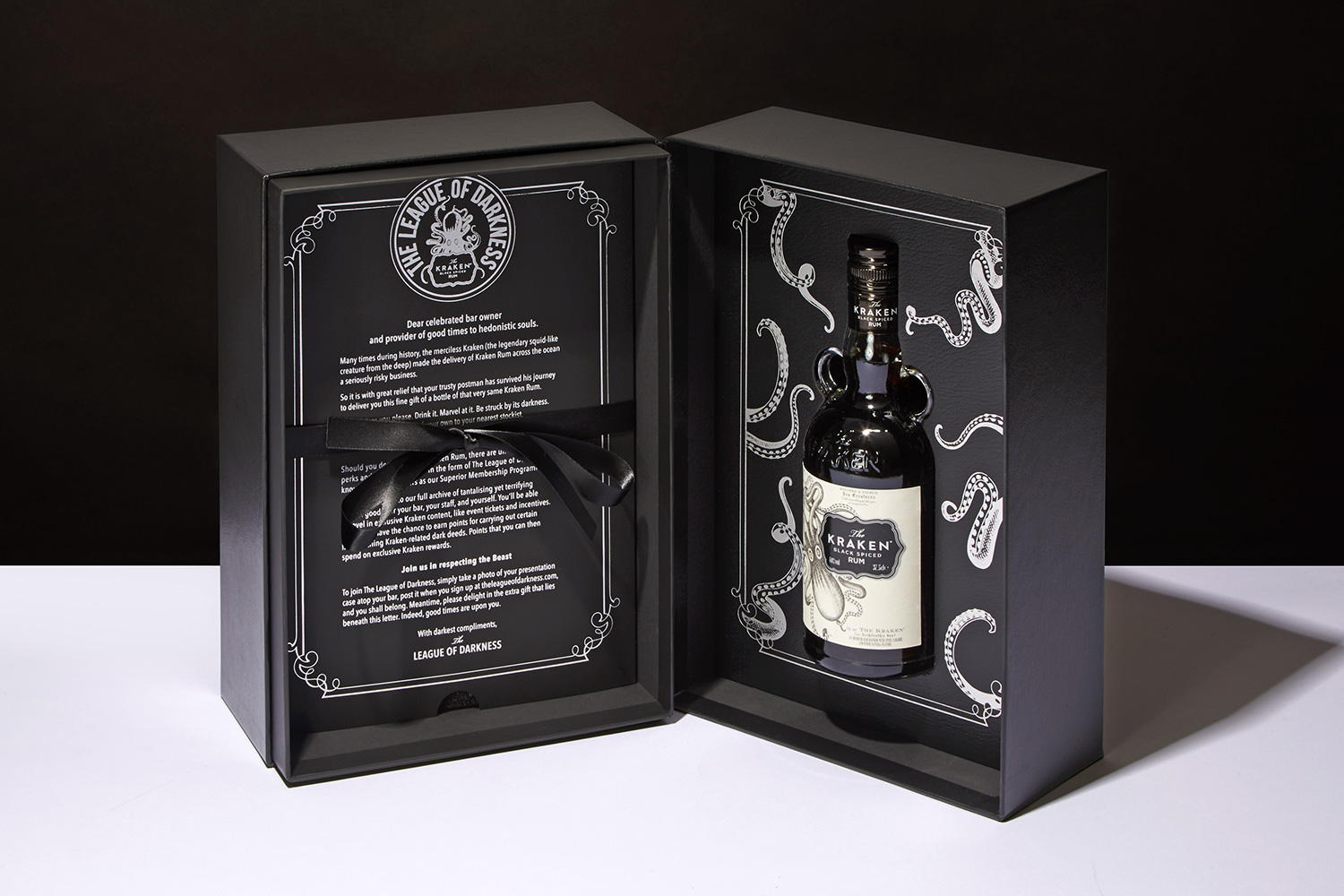 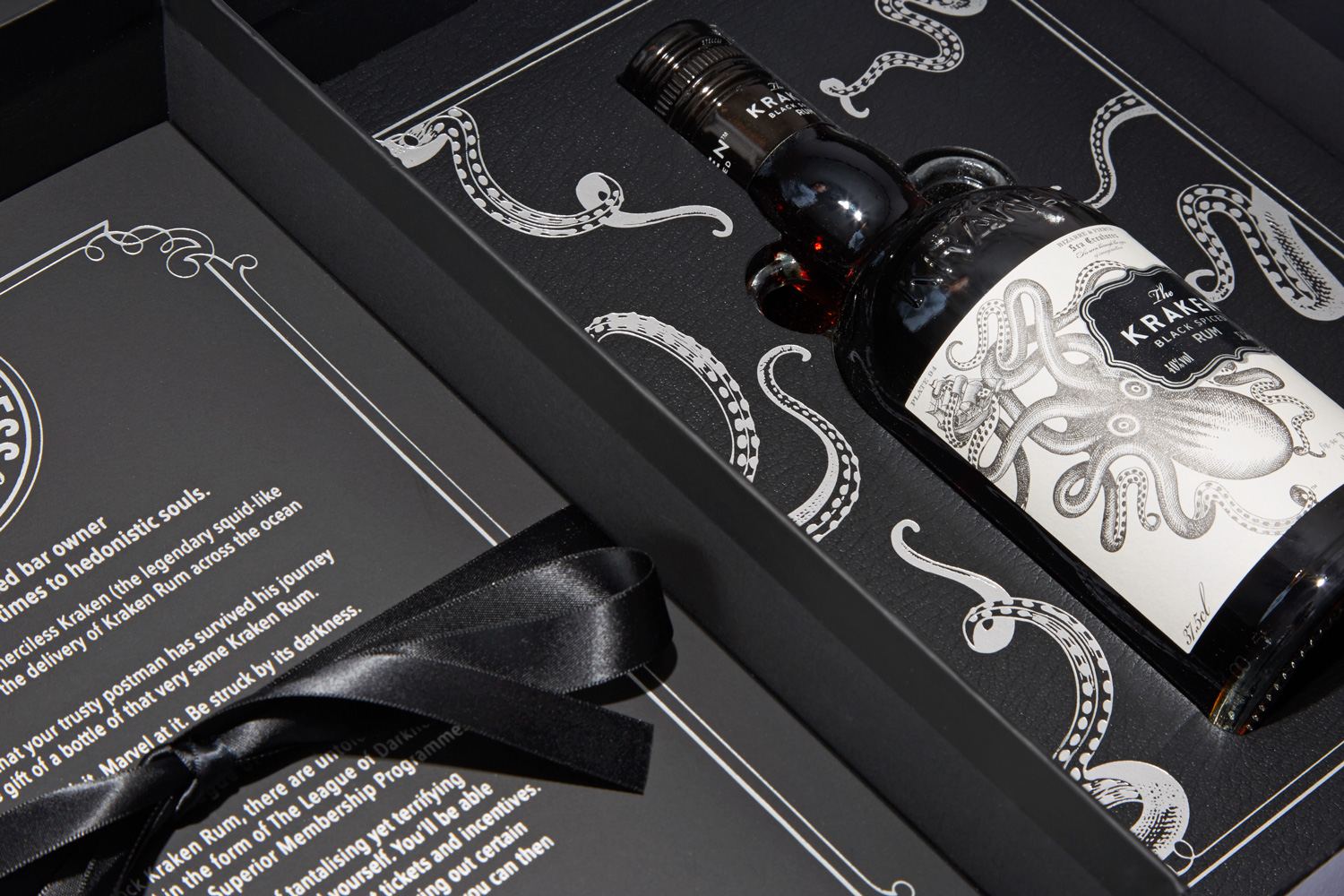 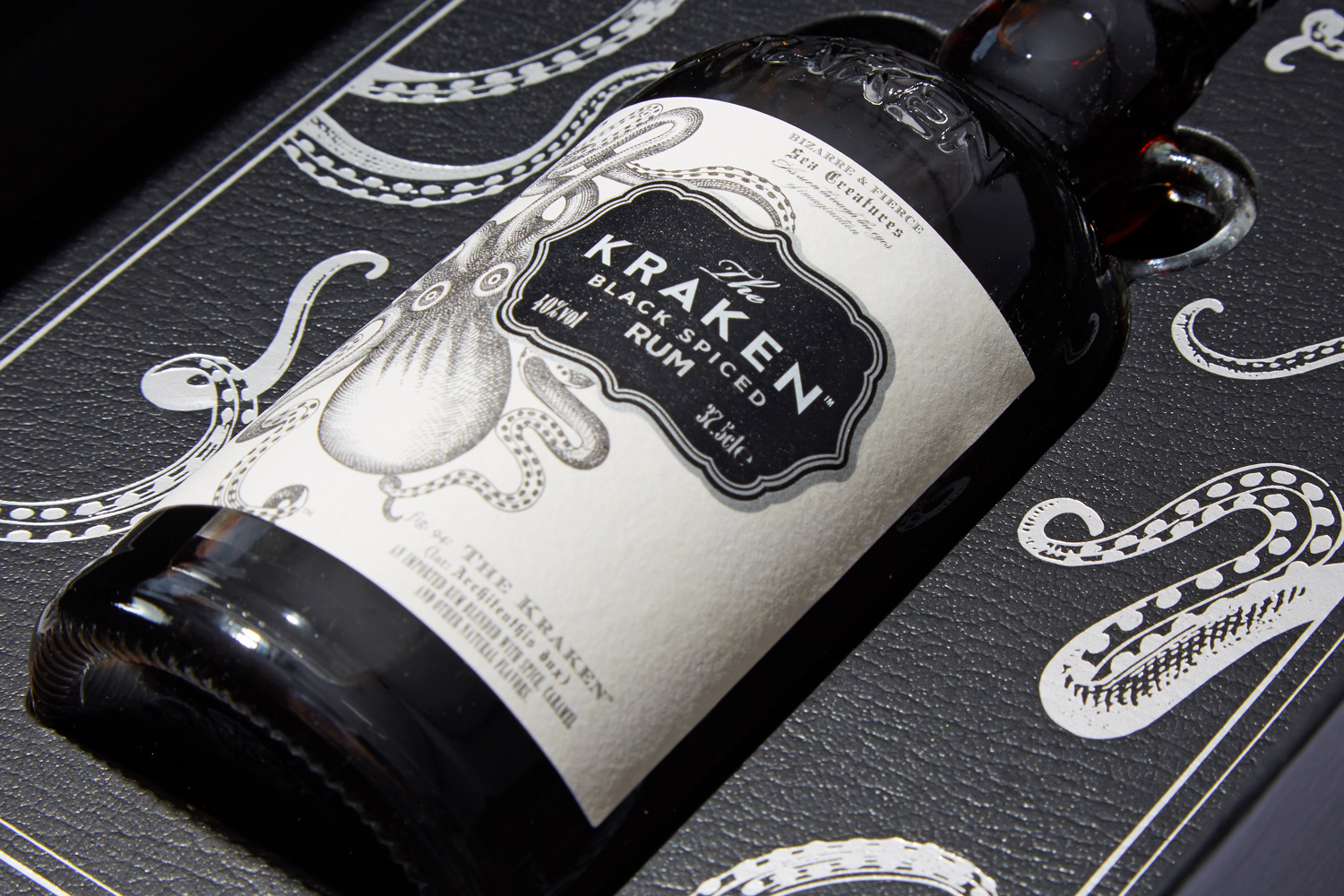 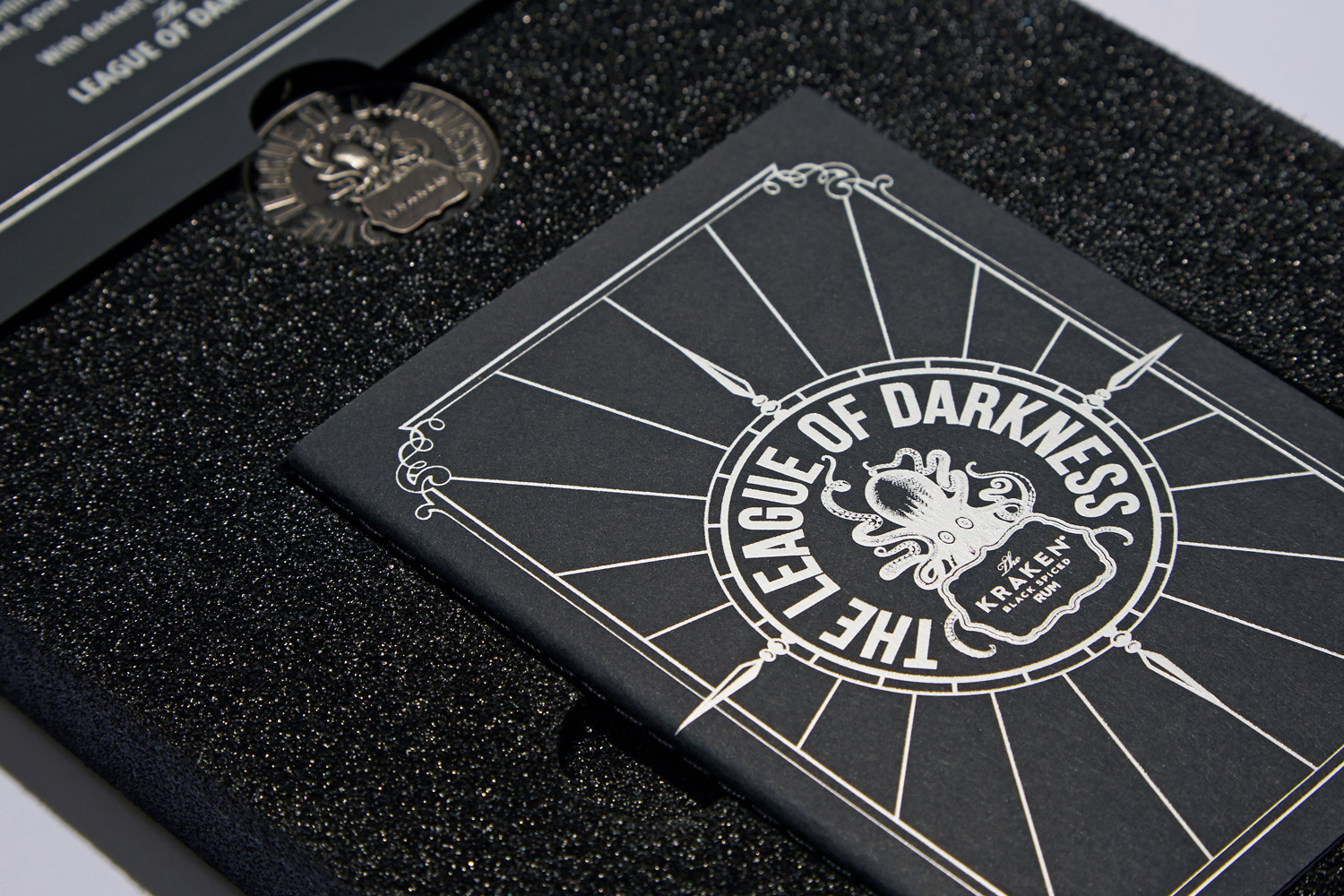